Everybody loves a fresh cup of perfectly brewed coffee in the morning, and why not? Coffee does give every morning an energetic feel. You can drink up to 4 cups of coffee a day, without any adverse effects. This amount of coffee is proven to be safe by science, however, there are a lot of coffee myths going around, from coffee being extremely addictive, to coffee affecting growth. A lot of these myths are baseless rumors, while others have sprouted from misinformation.  Here, we will be debunking the top myths surrounding coffee. 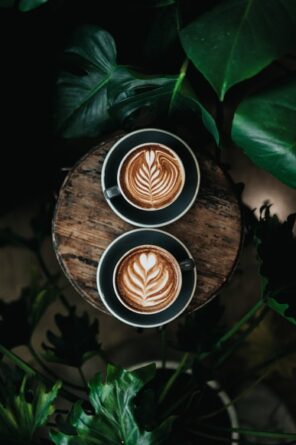 This is both true and false. If you drink coffee right before you settle for sleep, you’ll spend the entire night counting sheep on your bed. However, if you have a cup in the afternoon, or the evening, you’ll have no trouble sleeping at all. Coffee is a stimulant, which prohibits the brain from feeling tired by blocking adenosine receptors in the brain. Adenosine accumulation tells your brain when it is tired. If adenosine is unable to bind to its receptors, the brain won’t recognize it is tired and keep going.

However, caffeine in coffee is effective for about 4-7 hours before 70% of it is removed from the body. Like everything else, caffeine is also flushed out of the system, after which you can go to bed just fine. We advise against coffee after night falls. This way by the time you head to bed, the caffeine will have adequate time to be removed. 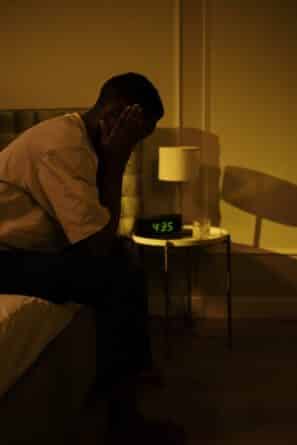 This is the most common myth surrounding coffee is that coffee is addicting. We get where the claim comes from because coffee is so good, it would be understandable if someone didn’t want to live without it. However, coffee isn’t addictive. All it does is cause a little dependency on the beverage.

Caffeine dependency emerges from several reasons. One of them is the craving for that boost of energy in the morning. People drink coffee in the morning to increase productivity. Slowly, they get used to that boost of adrenaline and have difficulty focusing without it.

Another reason is people’s dependency on the boost of happiness coffee provides. Caffeine in coffee stimulates the brain to release dopamine, and this hormone makes you feel happy. People feel their mood-lifting after a cup of coffee, and with time they may come to depend on this feeling. 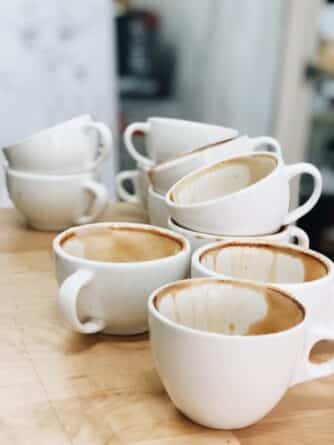 Nonetheless, coffee is not as addictive as narcotics usually are. The biggest proof of the fact that it causes dependency, but not addiction, are the withdrawal symptoms. With narcotics, withdrawal is difficult, time-consuming, and is extremely taxing on the individual’s health. Drug addictions affect a person’s life in a threatening way, while caffeine dependency isn’t as serious.

In contrast, when you quit coffee, you might feel moody for the next few days. You might even get headaches, anxiety, or fatigue, but that’s the most serious it gets. Most of the time, the effects of coffee withdrawal are felt because of the placebo effect. People actively believe they feel bad after quitting coffee, which projects on their health.

We’ve heard coffee is bad for you from very young ages, but the statement holds no truth. Science proves that coffee is not only perfectly fine for your health, but is also a very effective cure, and prevention method against different chronic illnesses. Coffee helps decrease the chances of cancer by removing the free radicals in the body. The high quantity of antioxidants in coffee is to thank for that. Some of the antioxidants in coffee contain potassium, niacin, and magnesium.

Regular consumption of coffee has also been related to reducing the risk of Parkinson’s disease, which is a brain disorder that leads to shaking, stiffness, difficulty walking, and issues with balance and coordination.  Coffee also prevents liver diseases and diabetes. Depression and Alzheimer’s can also be prevented if you drink four cups of coffee regularly.

Most commonly, the argument that coffee isn’t healthy comes from the coffee options people choose these days. We advise against using whipping cream, heavy cream, nuts, ice cream, or any other additions with your cup of coffee. The healthiest cup of coffee is a cup of black coffee. Black coffee has about 1 calorie per cup and offers a lot of benefits. However, coffee without milk will not be as filling, and the person might feel hungry very soon.

We recommend keeping the temperature of your water below the boiling point. Ideally, the water should be below 200 degrees Fahrenheit, or 93 degrees Celsius. Many people claim that boiling water extracts the most caffeine from the ground coffee beans, and makes the best cup of coffee. The truth is quite the contrary. If the water you use for brewing your coffee is above 200 degrees Fahrenheit, or 93 degrees Celsius, it will leech the harsh oils from the ground coffee. These oils are extremely bitter and will ruin the entire cup of coffee. 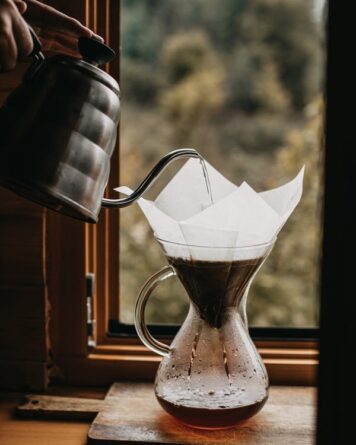 The boiling water should never be poured directly on the beans either. The water might scorch the beans, which will give your coffee a burnt taste. For those of you curious, yes, there is a difference between roasted beans and scorched coffee.

The answer to that question is simple, no matter what anybody else tells you. Decaffeinated coffee does not contain caffeine, but it does contain traces of it.  The amount of caffeine in a decaf coffee is so little, that it is negligible. If a cup of normal coffee contains 100% caffeine, a cup of caffeinated coffee contains only 3% of the caffeine. 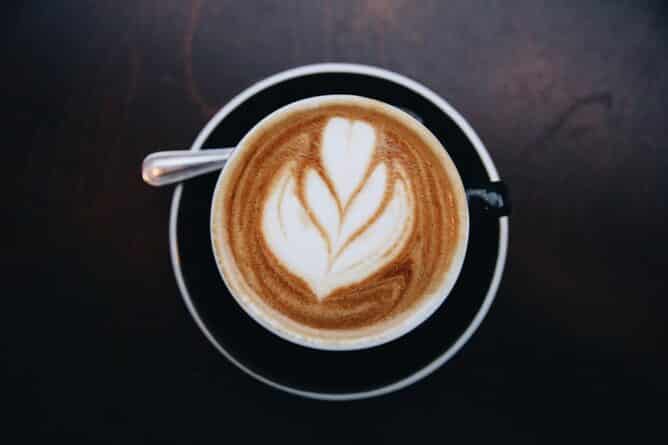 Dark roasts are favorites of coffee lovers everywhere. The flavor of dark roasted beans is far better than that of the light, or medium roasted beans. However, when it comes to caffeine content, dark roasts have less caffeine when compared to coffee. 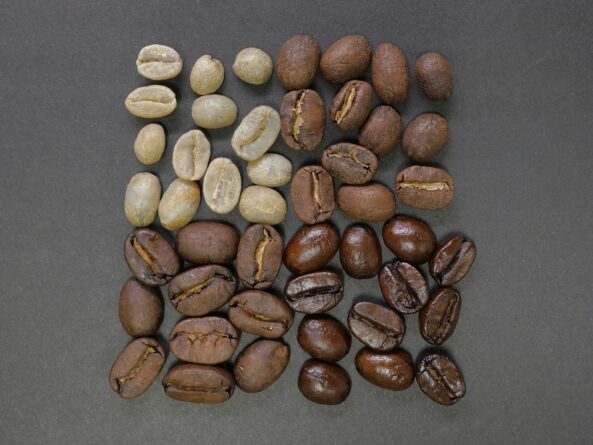 This coffee myth has a basis because coffee is indeed a diuretic. Diuretics are chemicals that stimulate your kidney to release more sodium and water in the urine. Nonetheless, the diuretic effects of coffee are very mild, and while you may need to use the washroom more often, you should not feel dehydrated. Also, coffee is brewed in a lot of water, which helps make up for any deficit of water in the body.

Coffee is unable to rid your body of so much sodium, or water, so dehydration isn’t a problem for a healthy person. People with illnesses in comparison, are more likely to suffer from dehydration because of coffee. We recommend you limit your intake of coffee if you have underlying health conditions. There is no proof that coffee causes cancer. There is scientific evidence that suggests drinking coffee regularly, can help reduce risks of cancers. The amount of coffee consumed to produce these results are about 4 cups a day. While some studies in the 1900s did claim coffee was carcinogenic, science today proves that all such claims are false.

Although, there is a chance of getting esophageal cancer from coffee. However, the cancer isn’t because of the coffee itself, but any beverage that is hotter than 160 degrees Fahrenheit or 71 degrees Celsius. This is because such hot beverages can damage the esophagus. We recommend letting your coffee sit at room temperature for some time before drinking it to decrease the chances of esophageal cancer. 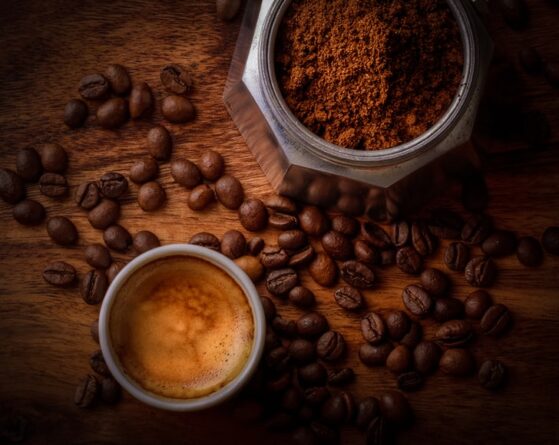 Sure, for taste, freshly brewed coffee is unbeatable. It’s even better if the beans have been roasted recently too. However, instant coffee wins when it comes to health benefits. Instant coffee is healthier than brewed coffee because it contains more antioxidants. This is especially true for the antioxidant chlorogenic acid. Chlorogenic acid helps decrease the chances of diabetes, by hindering the absorption of glucose after a meal.

You can make almost all types of coffee using instant coffee. You can find how to make a mocha with instant coffee here-Easy Recipes To Make Mocha At Home 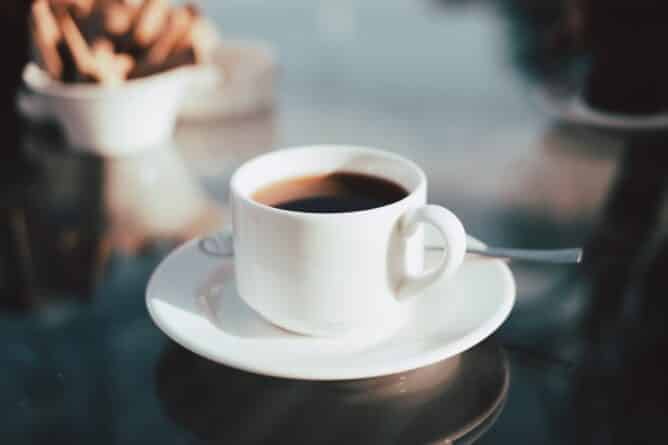 This myth surrounding coffee is partly true and partly false. Coffee does increase the cholesterol level in the body, but not all coffee has this effect. To be very precise, coffee that has not been filtered, especially, coffee from the French press, or espresso machine may cause high cholesterol in the blood. When you filter coffee, you remove cafestol and kahweol, which play major roles in increasing cholesterol.

Nonetheless, this doesn’t mean you should give up espresso entirely. Having a cup of espresso every once in the while isn’t an issue at all. However, avoid excessive drinking of coffee from the French press or the espresso machine. 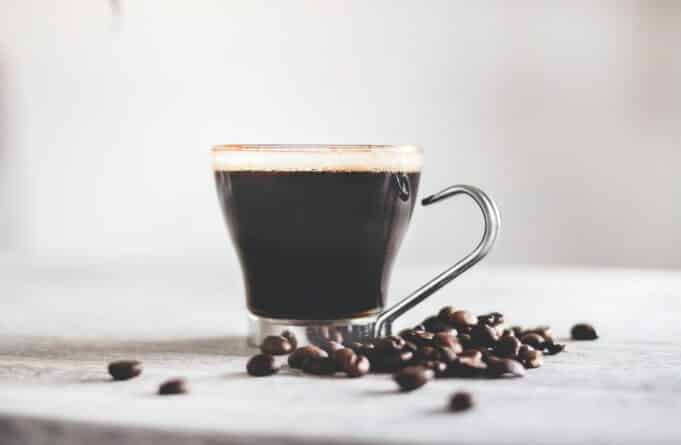 Coffee stunts growth is a very popular coffee myth. Researches were conducted on people that consumed coffee and had osteoporosis. Coffee indeed reduces the body’s caffeine absorption. However, this is by such a small amount that the milk you mix in the coffee is enough to make up for the decreased calcium absorption. All you need is about 2 tablespoons of milk. Other than this, there is absolutely no evidence that suggests that coffee hinders growth. Still, we recommend people suffering from osteoporosis, or elderly people limit their caffeine intake. Even for them, giving up coffee isn’t necessary. 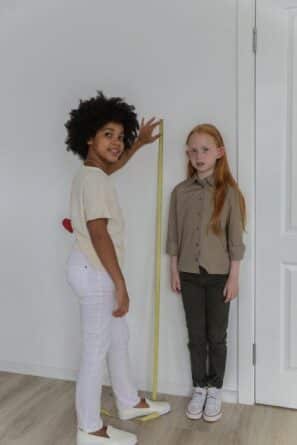 Tea Is Better Than Coffee

This is a really popular one out of the myths surrounding coffee. However, there is no proof of it. Coffee and tea both have the same antioxidant and anti-inflammatory properties, but there is a difference in caffeine content. Coffee has a lot more caffeine than tea per cup, and per gram, both. If you’re looking for something that is both healthy and gives you a substantial boost of energy, coffee is the way to go. 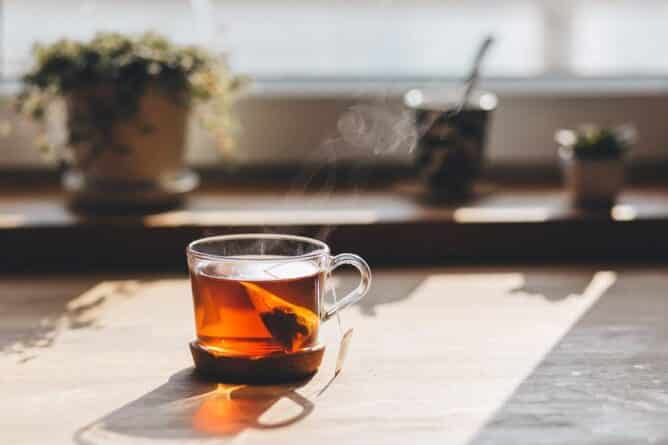 Coffee has been the subject of myths since forever. You will hear coffee myths everywhere, from mothers telling their children that coffee is bad for them, to people claiming decaffeinated coffee is a scam. Some of these claims, although they are false, have some basis. However, others have no proof anywhere. In this article, we tried to talk about the myths surrounding coffee with utmost honesty.

Why Does Coffee Make Me Nauseous? How To Sweeten Coffee Without Sugar? 11 Best Ways